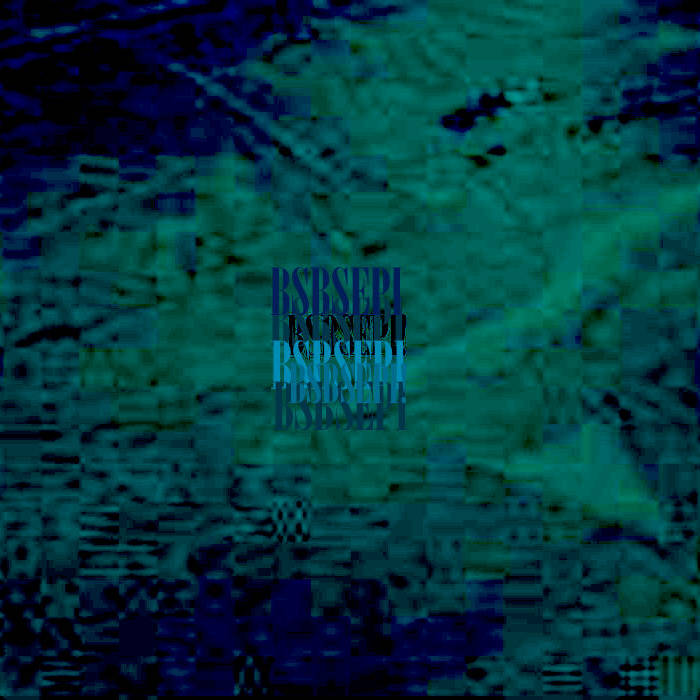 Blanket Swimming B-sides. An EP consisting of jungles, water, b-sides from "Goodnight Jungle" and songs recorded around the same time as the album.

Before I started making music under the name Blanket Swimming I used the moniker Junkyard Priest. This was directly inspired by my first encounters with drone and noise music... A bonus track on "The Bees Made Honey In The Lion's Skull" by Earth was titled identically.

I began my first solo experiments in 2014... After being exposed to experimental music, I no longer felt confined to what my traditional musical training had taught me. I became intrigued with how one could create a narrative by interweaving musical passages with stretches of field recording, noise, and ambient sound. I became increasingly interested in timbre and atmosphere both within and out of musical reference.

Having studied audio production in my undergraduate education, I was often the designated engineer for recording sessions. Spending hours mixing and producing the bands I played in caused me to become increasingly interested in the use of the DAW as an instrument, becoming fascinated with the act of shaping sound in creative ways. All of this led me to create my first experimental, solo recordings. Initially being inspired by artists in the “harsh noise” genre (such as Merzbow and The Haters), as well as movements such as Futurism, my first experiments followed suit as I delved into creating noisy improvisational recordings using guitar pedals, feedback loops, contact microphones, and self-built noise-generating devices. As time went on, my solo work became more focused and less abrasive....

It is around this time I moved to Dublin to continue my college studies... There, in a small bedroom, in January 2015, sitting on the floor with an acoustic guitar and laptop, I created a track that I titled "Let's Go." I assumed this would be a continuation of the style I was developing with Junkyard Priest... I sampled one of my favorite lines from Kyle McLaughlin on Twin Peaks, looped guitar chords in odd time, and sampled other found sounds from the internet....however, this fluidity, this narrative, called for something else... this was no longer the noise of Junkyard Priest.. this was something different. Thus, one late night laying on a mattress on the floor alone, the name Blanket Swimming came to me.

Soon after, I recorded what would become the first Blanket Swimming release... A self-titled EP. This was directly inspired by the handful of artists who I first came in contact with through a wonderful forum called forum.noiseguide.com which is sadly no longer a functioning URL. Specifically, Wisconsin sound artist, The Smudge, had much to do with my early inspiration for creating the fluid style of ambience which has developed significantly into the style I see myself as a part of today.

Then, my first full length was recorded. After staying in a flat-share situation in Dublin for two weeks, I moved to a flat with my brother in another part of the city. I had about 3-4 weeks before I started my coursework at the University I was to attend. During this time I recorded the album, "Goodnight Jungle." I sat cross-legged on my mattress on the floor and recorded my acoustic guitar into my laptop. I recorded the sounds of the city on my phone. I recorded improvisations with objects...empty bottles... keys... kitchen items... I pieced together something.. Inspired by the solitude I was experiencing as a foreigner. As a 19-year-old in a foreign country.. As someone deeply moved by the noise of the world. By the noise of solace.

After "Goodnight Jungle" was recorded I sent it around to a few netlabels. One suggested I remove a few pieces that did not fit the flow of what I was doing. In retrospect, this was valuable wisdom. The label ended up not releasing this album. However, my acquaintance in noise, Bucko Crooks, offered to release it on their label, Galactic Intolerance Records..

The tracks that were omitted were then grouped with "Let's Go" (the earliet Blanket Swimming recording) along with a track recorded after "Goodnight Jungle" (Aphandra V) and made into an EP called BSBSEPI (or Blanket Swimming B-Sides EP1).